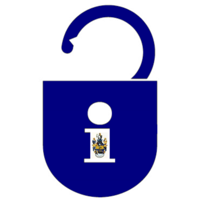 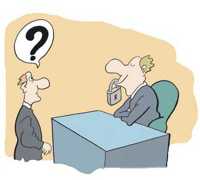 What is Freedom of Information?

A Freedom of Information Ordinance for St Helena would bring two things that would improve how Government works and how its decisions are made:

At present there is little transparency in Government actions. Things are announced but the general public often has no idea how a decision was reached. This causes people to become disconnected from their Government, and can (and frequently does) also lead to allegations of improper decision making, and even corruption.

No, the UK’s Freedom of Information Act 2000 was ‘dis-applied’ by St Helena’s then Attorney General. He claimed this was because the St Helena Government could not afford to comply with the requirements of the UK Act. While this claim is probably correct (the UK Act is complicated and very detailed, in keeping with the UK’s more complex democracy), the appropriate thing to have done would have been to introduce a St Helena Freedom of Information Ordinance, providing the public with same rights and freedoms as the UK Act but with a lighter bureaucracy. This was promised, but did not happen.

Who is behind the campaign?

There is no formalised Campaign and no campaign group. A number of individuals have an interest in promoting Freedom of Information on St Helena who can be contacted via the St Helena FoI website and the St Helena FoI Facebook™ page.

Anyone with a genuine interest in promoting Freedom of Information on St Helena is welcome to contribute.

What has actually been done?

In September 2014 the St Helena Government introduced a new Policy, its Public Access Code of PracticeⒾ. The announcement stated that this was intended to provide greater public access to Government information. However the view of the FoI Group is that this Policy falls far short of what is required. In particular, it does not allow access as a right - it merely encourages sections of Government to disclose information when requested to. It also does not require the full publication of the Government decision-making process, as would be the case with a full Freedom of Information Ordinance.

In October 2019 the Government of St Helena published an ‘update’ on how the Code of Practice was operating. John Turner, a supporter of FoI (and editor of Saint Helena Island Info) blogged his opinion here: randomthoughtssthljt.blogspot.com/‌2019/‌10/‌your-right-to-know-but-only-what-we.html.

On Tuesday 16th February 2015, at a Chamber of Commerce meeting, Councillor Lawson Henry announced that he and Councillor Pamela Ward-Pierce were working on a Freedom of Information Ordinance for St Helena.

He said that it was currently being drafted and that it should be out for consultation later this year.

Naturally the Freedom of Information Campaign welcomed this, and announced that it looked forward to seeing the consultation draft of the legislation, saying:

We trust it will include:

Sadly the Bill did not progress and Pamela Ward-Pierce lost her Legislative Council seat in the 2017 General Election. It was hoped that the new Council would pick up where the previous one left off. A start was made in 2018 but it was abandoned.

The Government of St Helena officially abandoned work on a Freedom of Information Ordinance in July 2020{2} and decided instead to make a law out of its ‘Public Access Code of Practice’, prompting this Open Letter:

I’d like to explain why I said at the public meeting last night that the Public Access to SHG Information bill is nothing to do with Freedom of Information.

Freedom of Information is, fundamentally, about two things. Everybody knows that it is about people being able to ask for information from Government and receiving it. But it is also about Government openly and transparently publishing information about its workings, whether asked to or not. Let’s look at this last one first.

Under Freedom of Information everything should be published, automatically, with very few exceptions:

And this is not just a few carefully sanitised headlines, like we get now, but ALL the information that was considered when the decision was taken and the arguments advanced for and against all of the options.

This ensures that Government operates in an open and transparent way at all times, whether anybody is asking or not. It makes it impossible for Government to engage in bad practices such as favouritism, nepotism and back-room deals, because whether or not anybody is currently watching, sooner or later the truth will come out. Nobody will dare to behave dishonestly when they know everything will be put into the public domain.

The Public Access to SHG Information bill does not address this at all.

Turning back to the first part - responding to requests for information - the Public Access to SHG Information bill does not even address this correctly. It has so many exemptions and exclusions it offers little more than a promise to release to you anything we don’t mind you knowing.

This is not Freedom of Information.

Cllr. Leo described it as a first step. Imagine I wanted to walk from my home in Napoleon Street to the Community Centre in Blue Hill. I open my door, step out and (minding the lorries parading down the road carrying goods from Ruperts to the shops) place two feet on the pavement. I can then congratulate myself on having taken the first step.

International Right to Know Day, on 28th September, is not celebrated on St Helena, probably because the people of St Helena do not have a Right to Know. Maybe if a true Freedom of Information Ordinance is ever passed…

By Simon Pipe, reproduced in The Independent 19th April 2013.

Secretive decision-making by governments in St Helena and other British overseas territories leaves them vulnerable to corruption, MPs in London have been warned.

The same lack of transparency had already brought down the government in the Turks and Caicos Islands amid global reports of scandal, said Clare Stringer of the Royal Society for the Protection of Birds.

Her warning echoed strong concerns raised about the conduct of St Helena’s executive council, which meets almost entirely in secret and refuses public access to agendas, reports and minutes. Even members of St Helena’s legislative council have been denied information, despite being responsible for passing new laws and scrutinising government.

Clare Stringer delivered her warning in evidence to the House of Commons Environmental Audit Committee on Wednesday, 17th April 2013. She referred to a recent RSPB review that found widespread lack of openness.

Speaking as head of the RSPB’s overseas territories unit, she said islands were vulnerable to unhealthy outside influence if they did not have robust legislation and transparency systems.

She went on: Our recent review of environmental governance showed that in a lot of the territories those aren’t in place. Very few if any have transparency legislation, freedom of information doesn’t exist, decisions are made by an FCO appointed governor or by elected council members - but often behind closed doors - and it’s very difficult to know why decisions are made in the way that they are. And it does leave administrations open to corruption, and we have seen that in the Turks and Caicos Islands in recent years. The fact that these decisions aren’t made openly, it leaves an atmosphere where corruption can occur.

An inquiry into the Turks and Caicos Islands corruption affair found that it resulted from circumstances very similar to those that are now emerging on St Helena, with the building of an airport attracting outside investors.

In fact, the RSPB’s review has singled St Helena out for praise for the strength of its developing environmental protections, which greatly restrict opportunities for developers to apply undue pressure to obtain Crown land.

But Clare Stringer’s criticisms of secretive government exactly describe the clandestine decision-making that takes place in the shady confines of the Castle in Jamestown.

The refusal to meet openly and make vital documents available for scrutiny means that it is impossible to know how much influence is being applied by unelected officials.

In the past, a St Helena Government official has justified the lack of openness on the basis that it was the same in most other territories.

The RSPB’s concerns were echoed by Dr. Mike Pienkowski, who was giving evidence to the MPs as chief executive of the UK Overseas Territories Conservation Forum.

He said: We are dealing with small communities whose legislative bodies are more on the scale of parish councils, in some cases. So it’s really very difficult for them to negotiate or avoid legal but excessive influence by international companies. And there are problems with openness and accountability in their systems.

Dr. Colin Copus, Professor of Local Politics at Leicester Business School, said in January that the limited information released about St Helena’s ExCo meetings may fulfil some element of accountability, but it doesn’t go far.

He said: You can only be representative if people know what you are doing. It is just simple and healthy for people to know. It leads to a more informed and engaged citizenry and that is a good thing.

Footnotes:
{1} It is, of course, appropriate that personal information held by Government, e.g. benefit claims assessments; staff salaries; etc. are not disclosed.{2} Twenty years after the UK Freedom of Information Act was dis-applied to St Helena by the then Attorney General.