Events that happened on this day in St Helena’s history 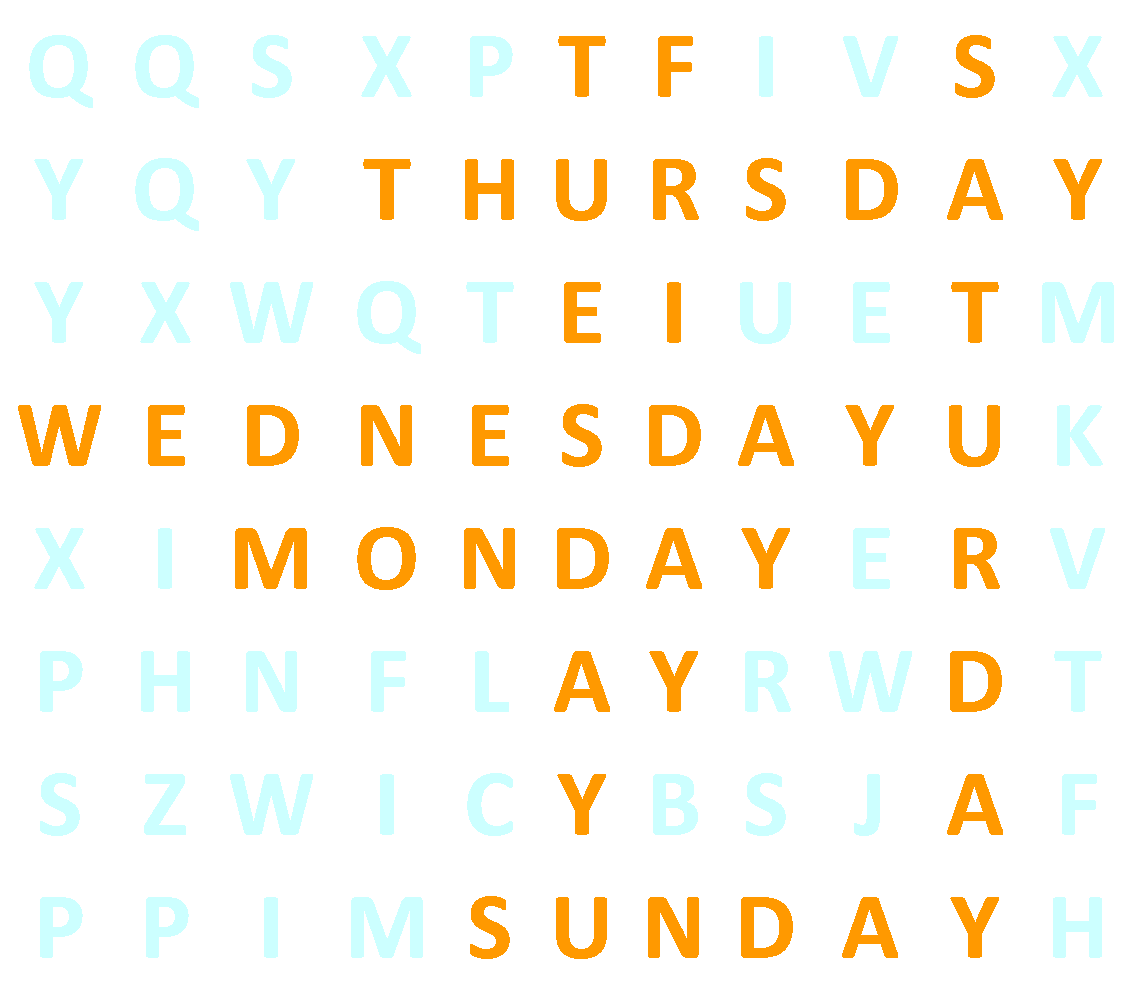 This day in history

Events that happened on this day in St Helena’s history, from our Events Database.

We sometimes publish a selected ‘On This Day…’ item on Social Media feeds. Please follow us on any of these platforms{2} to receive this information.

This month in St Helena’s history

For all events this month use our Chronology page.

This Year in past Centuries

The chart below shows the number of items in our Events Database for each decade since 1500 (decades with no events are omitted). Unsurprisingly, there are more events for more-recent years.

Information issued by the Colonial Government to Officials being despatched to St Helena, February 1927{3}

We felt this provided an interesting insight into the Colonial expectations of a stay on St Helena . We were particularly interested to learn that A horse and carriage is in most cases a necessity and can be hired by the year and that There are no facilities locally for the education of English children, the island’s many schools clearly being considered adequate for Saints but not for English children. For comparison with today, here is the value of £1.

The area of the Island is 47 square miles; there are about 60 miles of road.

The aspect of St Helena from the sea is forbidding. It rises abruptly in bare cliffs, which vary in height from 450 to 2,400 ft. The face of this wall of rock is cut by deep narrow gorges.

Above the cliffs the ground rises in a fairly regular slope, but with numerous valleys, to a ridge lying across the middle of Island. This ridge is serrated in form; its general altitude is about 2,000 ft. but two of its peaks, easily accessible and affording magnificent views, rise to 2,700 ft.

The Island has been divided into three zones. ‘Coast’, ‘Middle’ and ‘Central’.

The ‘Coast’ zone extends from about a mile to a mile and a half round the Island.

Except in some of the valleys where fruit and vegetables may be grown, the only vegetation is prickly pear.

The ‘Middle’ zone, at an altitude of 400 to 1,800 ft., succeeds the ‘Coast’ zone. The hills and valleys and pleasing scenery in this area are suggestive of parts of Wales and Devon.

Oaks, Scotch pines, gorse and blackberries flourish there, and in 1926 at Plantation during a prolonged winter some primroses made their appearance. It is the pleasantest part of the Island in which to live and it contains Government House, Bishopsholme, Rosemary Hall, Princes Lodge, Longwood and other residences.

The ‘Central’ zone about three miles long by two miles wide is ground each side of the central ridge, the highest ground in the Island. In some parts the ground is precipitous, in others undulating with grassy slopes.

The population of the Island is about 3,700, of whom about 1,500 live in Jamestown, the capital, situated in the ‘Coast’ zone, while the rest dwell in the ‘country’ as the other two zones are locally designated.

Transport is by horse, either driven or ridden. Owing to the hilly nature of the country the rate of progress is slow but time is rarely of the essence of any undertaking in St Helena. The drive, for instance, from the town to Plantation or to Longwood, where the golf links are, or from Plantation to Longwood, in each case a distance of five miles, occupies an hour and a quarter. The introduction of motor transport is under consideration.

There are regular mails outward and homeward by Union Castle Liners once a month, and occasional ships also bring or take mails.

Cable connection exists with all parts of the world. The charges are, for ordinary telegrams 2s a word, for deferred telegrams is a word, and for deferred letter telegrams 10s for twenty words and 6d for each word in excess.

There is no internal post but there is a fairly efficient telephone service.

The cultivation of New Zealand Flax is the staple industry of the Island. The export of fibre and tow in 1926 was 1,168 tons. The flax is grown by large land holders and small holders, while the milling of the flax is in the hands of four Firms.

There is a certain amount of general farming, but owing to the development of the flax industry in recent years it has tended to decrease.

Situated far from any land-mass, in the heart of the South East trades, and surrounded by the cool waters of the South Atlantic current, St Helena possesses a mild and equable climate.

There are four seasons in the year, which, however, are not as sharply differentiated as they are in England. Spring is from October to December, Summer from January to March, Autumn from April to June, Winter from July to September.

The length of day varies from thirteen hours on December 21st to eleven hours on June 21st.

The sun is vertical on February 5th and on November 6th.

In Jamestown during Summer the heat is sometimes apt to be oppressive, in the country during winter fires are often necessary.

The atmosphere is humid; the monthly mean in the country varies at Government House from 89 in January to 92 in September.

The average force of the wind, which blows almost every day in the year, is 14 miles per hour. On one occasion only in the past thirty years has the wind attained the velocity of 50 mile an hour.

Thunderstorms are of very rare occurrence, the last recorded being in 1874 and 1688.

Earthquakes in the formidable sense are unknown. Only four ‘tremors’ have been put on record in 400 years.

St Helena, in the words of Sir Daniel Morris, Adviser in Tropical Agriculture to the Secretary of State for the Colonies, stands pre-eminent in possessing a remarkably fine and healthy climate In respect to its climate I regard St Helena as a most valuable station for recruiting health.

The Island is completely free from any of the ills associated with tropical or subtropical countries. In particular the climate seems an excellent one for young children or elderly persons. It is also considered beneficial for tubercular or lung trouble.

It is generally held that after three or four years a change of environment is desirable.

No particular precautions are needed. The sun very rarely causes any inconvenience, though on occasions during the summer in exceptional seasons of prolonged drought the direct solar heat may be intense. In the last twenty five years there has been one case only of fatal results from the effect of sun.

About February or March an epidemic of influenza often visits the Island; it attacks chiefly the indigenous population and its consequences are rarely of serious proportions.

St Helena as a place of residence

There is little opening for labour or capital, and no one should come to St Helena for employment except under agreement.

For persons possessed of moderate private means the Island has possible attractions as a place of residence. Retired officials and generally persons with professional or technical qualifications might find occasional work to occupy some of their time. Anyone with a taste for botany, geology, forestry, gardening, or fruit growing on a small scale, would find much to interest him on the Island.

About fifty families, officials, clergy, business, Eastern Telegraph Company, and private residents, go to make up local society. The social life is, therefore, that of a small community and is unpretentious.

The standard of recreation is of the kind to appeal to the average person. There is golf, tennis, cricket, in the winter months occasional pheasant and partridge shooting, and some sea fishing.

The St Helenians are an attractive people. They are of pleasant appearance, of good manners, soft-spoken, and peaceful. Visitors are greatly impressed with their civility and the general courtesy shown by young and old.

The women are good at lace and needlework. They can be trained into good servants and some find employment in South Africa and occasionally in England.

With its English speech, its English scenery, its English ways St Helena might well seem a part of England. Life passes amid picturesque surroundings in quiet and uneventful fashion, similar one imagines to life in a retired country district in England before the advent of railways. Residents in St Helena, as in most small communities, are to some extent dependent on their own resources for their diversions and for filling their time.

There is no hotel on the Island but there is a boarding house in Jamestown where visitors frequently stay for brief periods.

There are houses in the country available from time to time for renting. It is advisable that persons intending to reside in St Helena should make enquiries beforehand as to vacant houses and bungalows.

The rent of a house with garden is about £3 to £4 a month, unfurnished, and from £5 to £6 a month partially furnished.

The cost of living is cheaper than in England. Customs duties are light and rating is low, at present 5d in the pound.

Wages for indoor servants are from 15/- to 30/- a month and board. Men working in the garden or stables earn about 2/6 a day.

The cost of the principal articles of consumption is as follows:

Two people could live comfortably and in full enjoyment of all the Island has to offer on £35 to £40 a month. This estimate covers hire and maintenance of horse and carriage, wages of groom-gardener, and of two indoor servants, house rent, and generally all local expenses.

With a more limited range of social activity and with stricter housekeeping two people could live within £250 to £300 a year for local expenses. This sum does not include the upkeep or occasional hire of a horse and carriage.

There are no facilities locally for the education of English children, who have to be sent either to South Africa or to England for their schooling.

Clothes worn in England during Spring and a warm Summer will be found suitable.

Woollen sweaters and jumpers are necessary and so also is stout footwear.

Apart from the Government Savings Bank there are no banking facilities. Government, however, issues Bills of Exchange on the Crown Agents for the Colonies at low rates.

…but not on St Helena!The first computer we can find on sale here was in 1987:

Apparently this computer was bought by John Clifford, who writes:

I bought the Oliveti computer and printer from W A Thorpe in 1987. It was my 3rd computer, I believe. I had the first ZX81 on St Helena in the later half of 1982, having bought it as a kit from the UK. The second one was a Spectrum 128 I got for christmas 1985, again from UK, although by then were were a few ZX81s and 16s and 48s about on the island. Julian Cairns-Wicks was the main importer of computers thereafter, and the police bought two Elonex computers in 1990. The police traffic database (which I wrote) was the first database in government service.

Buying the right computer and getting it to work properly is no more complicated than building a nuclear reactor from wristwatch parts in adarkened room using only your teeth.Dave Barry, in ‘Dave Barry in Cyberspace’

Footnotes:
{1} Please note that all ‘current’ times on Saint Helena Island Info are calculated from your Device’s clock, so are only as accurate as you make them…{2} PLEASE NOTE: subscribing to any social media platform has some risks, including but not limited to identity theft and cyber-bullying. If after reading this page you decide to subscribe to a social media platform you do so at your own risk. If you are not sure you understand these risks please consult a legal advisor.{3} @@RepDis@@{4} Location of Jamestown according to latest GPS data.{5} Actually at 15°55’24.3”S; 5°43’3.5”W{4}.